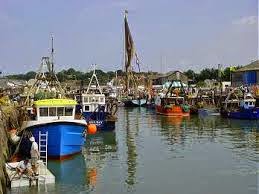 I was talking to one of my landlords from Blean the other week, when we were looking over a few properties that he was considering to buy in Canterbury or Whitstable. As I cover both Canterbury and Whitstable from my office I was able to discuss the two places in depth. Over the last five to ten years I have noticed an interesting pattern in the house prices between these two places.   Property values have always been very similar between the two, but Canterbury has always been a more expensive town to buy in comparison to Whitstable, but depending on what type of property you buy, there are some fascinating differences.


So why the big differences when it comes to looking at the two places as a whole? Well after investigating, it transpires that in Whitstable, there are 175.4% proportionally more detached houses than Canterbury. It is this greater supply of detached housing which means the average price is considerably lower in Whitstable compared to Canterbury.

These differing housing provisions in Canterbury and Whitstable just go to show that you need to know your marketplace and decide which is the right place for your money. If you are an existing landlord or one who is thinking of become one in Canterbury, don’t hesitate to pop by our offices on Watling Street in Canterbury or send me an email to david.anthony@martinco.com
Posted by The Canterbury Property Blog at 17:32