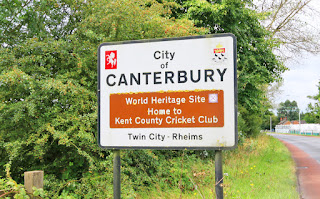 With the election now over and the stability of Downing Street secure, with David Cameron and his Blue Tories as the largest party in Westminster, in Canterbury (as in the rest of the UK) average wages are beginning to grow faster than inflation. This is good news for the Canterbury housing market, as some buyers may be willing or able to pay higher prices given the more certain political outlook and attractive inexpensive mortgage rates. However, sellers who think they have the upper hand due to the lack of property for sale should be aware that we should start to see an increase in the number of people putting their properties on to the market in Canterbury giving buyers some extra negotiating power.
At the last election in May 2010, there were 386 properties for sale in Canterbury and by October 2010, this had risen to 495, an impressive rise of 28% in five months. An increase in the supply of properties coming on to the market could tip the balance in the demand and supply economics seesaw, thus potentially denting prices. However, as most sellers are buyers and confidence is high, this means there will be good levels of property and buyers, well into the summer, as demand will continue to slightly outstrip supply.
Just before we leave the aftermath of the election, it is important to consider what the uncertainty in April did to the Canterbury property market. I mentioned a few weeks ago that property values (i.e. what properties were actually selling for) had dropped by 0.2% in March 2015. Now new data has been released from Rightmove about April’s asking prices of property in Canterbury. It shows that pre-election nerves finally came home to roost in the final weeks of electioneering, with the average price of property coming to market only increasing by a very modest 1.1% (April is normally one of the best months of the year for house price growth).
I am sure our local MP, Julian Brazier would agree that the biggest issue is the lack of new properties being built in Canterbury. The Conservative manifesto pledged to build 200,000 discounted starter homes for first-time buyers in the next five years. For Canterbury to gets its share, that would mean only 110 such properties being built in Canterbury each year for the next five years, not much when you consider there are 60,771 properties in Canterbury.
Housing is not a big issue for Conservative voters and because London is an increasingly Labour city where the biggest housing issues are found by a country mile, so will it remain on the ‘to do list’ but won’t get recognition it deserves. Until another political party gets back into power, nothing will seismically change in the property market, thus demand for housing will continue to outstrip supply, meaning property values will increase (good news for landlords). However, as rents tend to go up and down with tenant wages, in the long term, rents are still only 7.4% higher than they were in 2008 (good news for tenants)... with renting everyone wins!
Posted by The Canterbury Property Blog at 08:42