Affordability of housing in Canterbury 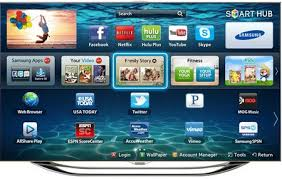 Talking to an elderly relative recently, he reminded me that in his day, you could have bought a property for the same price of what a decent second hand car would sell for today and that his father was buying property for the same price as a decent 50 inch LCD TV!  Now of course, these are only headline prices and we have had wage growth and inflation.  Interestingly, since the Second World War, property values in Canterbury doubled in 1961, 1971, 1975, 1980, 1988, 2000 and 2006.
Looking at more recent times, since the start of the Millennium, these increases in property values have generated large increases in equity for many homeowners but on the other side of the coin also making housing unaffordable for other people.  It might interest readers to note that most of Europe experienced sharp increases in property values in the early years of 2000’s, with only Spain beating  us (although we know what has happened to the Spanish property market over the last few years!).  In the 2000’s, the British situation was different in two regards.  First the property value boom started earlier and saw more sustained increases, second, the regional pattern was fairly uniform.
However, since 2010, the regional pattern has been completely different in the UK.  Compared with  2007 (the last property boom), average property values today in England and Wales are 1.2% higher, whilst in Greater London, they are 35.7% higher, whereas in Canterbury they are 7.01% higher. The London property market has been like a different country.  Looking specifically at Canterbury though, it has continued for first time buyers to get on the housing ladder.  The best measure of the affordability of housing is the ratio of Canterbury Property Prices to Canterbury Average Wages, (the higher the ratio, the less affordable properties are).
1997      4.17 to 1  (i.e. the average value of a Canterbury property was 4.17 times higher than the average annual wage in Canterbury)
2000      5.28 to 1
2002      6.83 to 1
2003      7.37 to 1
2007      9.07 to 1
2009      7.12 to 1
2012      8.33 to 1
Today    9.29 to 1
You  can see quite clearly, even though we had an improvement just after the 2007 property crash (i.e. the ratio dropped), in following subsequent years with Canterbury house price’s rising but wages not keeping up with them,  the ratio started rise.  This has meant there has been a deterioration in affordability of property in Canterbury over the last couple of years.  This is one of the (many) reasons why the younger generation is deciding more and more to rent instead of buy their own house.  The local Council sold off council houses in the Thatcher years and for many on low incomes or with little capital, owning a home has simply never been an option.
With fewer people able to save up the deposit required by mortgage lenders, more and more people are looking to rent, this has also resulted in a change in attitudes towards renting over the last decade.  This delay in moving up the property ladder has driven rents up in Canterbury over the last few years, as more people are seeking properties to rent.  All these things have combined to make the demand for rental property in Canterbury rise.  If you are an existing landlord or someone thinking of become a first time landlord looking for advice and opinion and what (or not to buy in Canterbury), one source of information is the Canterbury Property Blog www.canterburypropertyblog.com .
Posted by The Canterbury Property Blog at 09:06