Values of Canterbury Terraced Houses smash through the £285/sqft barrier 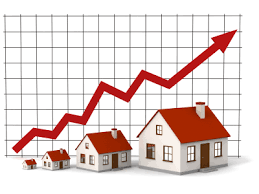 The Council of Mortgage Lenders (CML) latest snapshot of the buy to let mortgage market shows us that buy to let landlords haven’t been put off by the Chancellors announcementson the way buy to let’s are taxed.
Last month, the CML stated £1.4billion was borrowed by UK landlords to purchase 10,500 buy to let properties, up 26.5% from the same month in 2014, when only 8,300 properties were bought with a buy to let mortgage. Go back two years and the number of buy to let mortgages used for purchasing (again not re-mortgaging) is 36.4% higher! Even more interesting has been the fact that the average amount borrowed has risen as well. The average buy to let mortgage last month was £133,330, up from £128,480 a year ago.
In Canterbury, I am speaking to more and more landlords, be they seasoned professional landlords or FTL’s (first time landlords), as they read reports that the Canterbury rental market is doing reasonably well, with rents and property values rising.  Interestingly, one landlord recently asked how much he should be paying per square foot (more of that in a second).
The first thing you have to decide is whether you want great capital growth or great rental yield, as every knowledgeable landlord knows, you can’t have both. Over the last twenty years, property values in Canterbury have risen by 232.29%, compared to Greater London’s 436.2%. This has proved that capital growth increases faster in the more expensive Capital, but your investment money doesn’t go very far, meaning there won’t be as much rental yield from a 1 bed flat in Chelsea (2% per year at best with a fair wind) as a 2 bed semi in Canterbury. However, whilst the figure of 232.29% is an average for the area, certain areas of Canterbury have seen capital growth much higher than that and others areas much worse (we have talked about those in previous articles).
If you recall in an earlier article, my research reveals that Canterbury apartments tend to generate a better yield than houses, probably because several sharers can afford to pay more than a single family. But houses tend to appreciate in value more rapidly and may well be easier to sell, simply because there are fewer being built.
So what should you be buying in Canterbury, and more importantly, how much?
The average apartments in the city are currently selling for approximately £292 per square foot.
Terraced houses in Canterbury are currently obtaining, on average, £247,200 or £289 per square foot.
An average semi in Canterbury is selling for £262,900 (and achieving £264 per square foot).
Now these are of course averages, but it gives you a good place to start from. In the coming weeks, I will look at rents being achieved on Canterbury houses and apartments, and the yields that can be obtained, depending how many bedrooms there are. In the meantime, if you would like to read more articles like this, then can I suggest you visit the Canterbury Property Blog at www.canterburypropertyblog.com .
Posted by The Canterbury Property Blog at 13:20