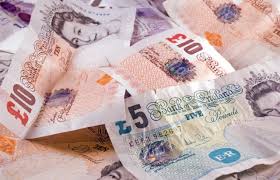 I hope the new law will target dishonest landlords who repeatedly fail to carry out Right to Rent checks by making it a criminal offence. This means they could face imprisonment for failing to check on their tenants. That is why more and more landlords are asking agents to manage their properties, so they can stay the right side of the law.
So what did our landlord do?
Well after our chat, he asked us to find a tenant and manage the property for him - he had been reading the Canterbury Property Blog for a while and because of the knowledge we impart to the landlords of Canterbury, we obviously know what we are talking about.  Even better news for him, even though this would cost him agency fees, I was able to get him an additional £75 per month for his property (when we found him a tenant one week later). Now, together with the peace of mind we will keep him the right side of the law and put a stop to midnight phone calls complaining about dripping taps, it was a win-win situation for everyone.
Posted by The Canterbury Property Blog at 08:30