£250,000 inheritance - Is buying Canterbury Property still the best place for my windfall? 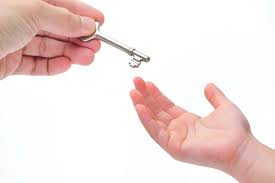 I had an interesting email from someone in Canterbury a few weeks ago that I want to share with you (don’t worry I asked his permission to share this with you all). In a nutshell, the gentleman lives in Sturry, he is in his mid 60’s and still working. He has a decent pension, so that when he does retire in a couple of years’ time, it will give him a comfortable life. He had recently inherited £250,000 from an elderly aunt. One option he told me was put it into a savings account. The best he could find was a 2 year bond with the Post Office which paid 1.9%; meaning he would get £4,750 in interest a year. One of his other options was to buy a property in Canterbury to rent out and he wanted to know my thoughts on what he should buy, but he had concerns as he didn’t want to take a mortgage out at his time of life. He was also worried about all the tax changes he had read about in the papers for landlords.

Notwithstanding the war on Canterbury landlords being waged by George Osborne, the attraction of bricks and mortar endures for many. As our man is a cash buyer, he would not have to deal with the intricate cut to mortgage interest tax relief that will diminish, or even eradicate, the profits of many Canterbury landlords. It’s true he would face the extra 3% in stamp duty to buy a second property, but with some good negotiation techniques, that could soon be mitigated.

I told him that buying a Canterbury buy to let property is all about the total return on investment. True, he could put the money in the Post Office bond and receive his interest of £4,750 a year or, as he rightly suggested, invest in property in Canterbury. The average yield (yield being the equivalent of the interest rate on the property) at the moment in Canterbury is 3.74% per annum, meaning our potential F.T.L (First Time Landlord) should be able to, depending on what he bought in the city, earn before costs £9,350 a year. (However, I told him there are plenty of landlords in Canterbury earning half as much again (if not more), if he was willing to consider more specialist investment types of properties – again, if you want to know where – look at my blog or drop me an email).

The bottom line is that the success of investing in Canterbury buy to let property versus a savings account with the Post Office (or whatever Bank or Building Society is offering the best rate) will depend on the performance of those assets. Unlike with a savings account, with property the capital you invested can also go up (and yes, it can go down as well – more of that in second). Property values in Canterbury have risen in the last twelve months by 8.4% meaning, that if our chap had bought a year ago, not only would he have received the £9,350 in rent, but also seen an uplift of £21,000 …meaning his overall return for the year would have been £30,350 (not bad when compared to the Post Office!).

..  but the doom mongers amongst you will say, property values can go down, as they did in 2008, and in 1988 and 1979. Yes, but after 1979 prices had bounced back to their ’79 levels by 1984 and went on to grow an additional 58% in the following four years. Then again, they dropped in 1988 and did take 13 years to reach back to those ’88 figures, but the following six years (between 2001 and 2007) they then increased by an additional 66%. Now, according to the Land Registry, average property values in Kent currently stand 10.42 below the January 2008 level, and anecdotal evidence suggests that in the nicer parts of Canterbury, we are well above these sorts of levels. Therefore, all this talk of property crashes is unfounded.

… and what would that £250,000 get you in Canterbury? A decent 2 bed terrace in St Dunstans, a lovely 3 bed end terrace in Harbledown or a nice 2 bed apartment in Flagstaff Court, South Canterbury .. in fact, the world is your oyster. But which Oyster? Well, my blog reading friends, if you want to read similar articles like this and what I consider to be the very best of buy to let deals in Canterbury, irrespective of which agent is selling it, then you need to visit the Canterbury Property Blog www.canterburypropertyblog.com
Posted by The Canterbury Property Blog at 13:34