What will the 0.25% Interest Rate do to the Canterbury Property Market?

I had an interesting chat last week with a Fordwich landlord who owns a few properties in the city. He popped his head in to my office as his wife was shopping in the area (and let’s be honest talking about the Canterbury Property Market is a lot more interesting than clothes shopping!). We had never spoken before (because he uses another agent in the city to manage his Canterbury properties) yet after reading my blog on the Canterbury Property Market for a while, the landlord wanted to know my thoughts on how the recent interest rate cut would affect the Canterbury property market and I would also like to share these thoughts with you……
Well it’s been a few weeks now since interest rates were cut to 0.25% by the Bank of England as the Bank believed Brexit could lead to a materially lower path of growth for the UK, especially for the manufacturing and construction industries. You see for the country as a whole, the manufacturing and construction industries are still performing well below the pre credit crunch levels of 2008/09, so the British economy remains highly susceptible to an economic shock. This is especially important in Canterbury, because even though we have had a number of local success stories in manufacturing and construction, a number of people are employed in these sectors. In Canterbury, of the 22,210 people who have a job, 712 are in the manufacturing industry and 1,064 in Construction meaning
3.2% of Canterbury workers are employed in the Manufacturing
sector and 4.8% of Canterbury workers are in Construction
The other sector of the economy the Bank is worried about, and an equally important one to the Canterbury economy, is the Financial Services industry. Financial Services in Canterbury employ 391 people, making up 1.8% of the Canterbury working population.
Together with a cut in interest rates, the Bank also announced an increase in the quantity of money via a new programme of Quantitative Easing to buy £70bn of Government and Private bonds. Now that won’t do much to the Canterbury property market directly, but another measure also included in the recent announcement was £100bn of new funding to banks. This extra £100bn will help the High St banks pass on the base rate cut to people and businesses, meaning the banks will have lots of cheap money to lend for mortgages .. which will have a huge effect on the Canterbury property market (as that £100bn would be enough to buy half a million homes in the UK).
It will take until early in the New Year to find out the real direction of the Canterbury property market and the effects of Brexit on the economy as a whole, the subsequent recent interest rate cuts and the availability of cheap mortgages. However, something bigger than Brexit and interest rates is the inherent undersupply of housing (something I have spoken about many times in my blog and the specific effect on Canterbury). The severe undersupply means that Canterbury property prices are likely to increase further in the medium to long term, even if there is a dip in the short term. This only confirms what every homeowner and landlord has known for decades .. investing in property is a long term project and as an investment vehicle, it will continue to outstrip other forms of investment due to the high demand for a roof over people’s heads and the low supply of new properties being built.
For more thoughts on the Canterbury Property Market, please visit the Canterbury Property Market – www.canterburypropertyblog.com 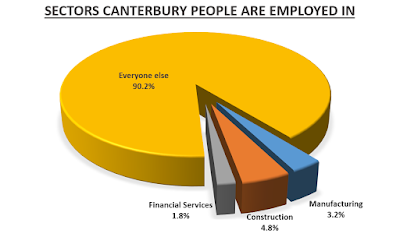 Posted by The Canterbury Property Blog at 11:10