Canterbury’s housing affordability hits a ratio of 11.12 to 1 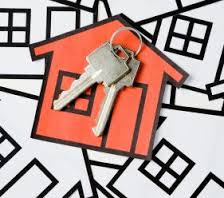 A Canterbury homeowner emailed me last week, following my article posted in the Canterbury Property Blog about the change in attitude to renting by the youngsters of Canterbury and how they thought it was too expensive for first time buyers to buy in Canterbury.  There can be no doubt that buy to let landlords have played their part in driving up property values in Canterbury (and the UK) and from that made housing a lot less affordable for the 20 and 30 somethings of Canterbury.
In the email, they said they thought the plight of the first-time buyers in Canterbury was like a novice tennis player, playing tennis with Andy Murray. If you played him once you will unquestionably lose and if you were to play him 100 times you would lose 100 times. That is what they thought it was like for all the 20 something’s first time buyers of Canterbury going against all the buy to let landlords.

They went on to ask if the Bank of England (BoE) should be tasked to control house price inflation in the same way as the BoE controls inflation.  The BoE has a target for the annual inflation rate of the Consumer Prices Index of 2%, whilst it is also required to support the Government’s economic policy, including its objectives for growth and employment.  So, should BoE be charged with containing buy to let housing market, by possibly changing the rules on the loan-to-value (LTV) ratio’s?
So, let’s look at how affordable Canterbury is.  The best measure of the affordability of housing is the ratio of Canterbury Property Prices to Canterbury Average Wages, (the higher the ratio, the less affordable properties are).   (i.e. looking at the table below, for example in 2014, the average value of a Canterbury property was 9.02 times higher than the average annual wage in Canterbury).

This deterioration in affordability of property in Canterbury over the last couple of years has been one of the reasons why the younger generation is deciding more and more to rent instead of buy their own house.
... but it’s not the only reason.
A quick look on Money Supermarket today found 169 lenders prepared to offer 75% LTV Buy to let Mortgages and none at 85% LTV.  Lenders have self-imposed a high level of entry for buy to let landlords (i.e. putting down at least 25% of the purchase price in cash).  The BoE don’t need to meddle there!  Also, the Tories have certainly done lots to level the playing field in favour of first time buyers.  For nearly a year now, Landlords have had to pay an additional 3% in stamp duty on any buy to let purchase and over the coming four years, tax rules on landlord’s claiming mortgage interest relief will affect their pocket.  Neither, it doesn’t help that the local Authority sold off council houses in the Thatcher years and so for many on low incomes or with little capital, owning a home has simply never been an option (today or in the past).
It’s easy to look at the headlines and blame landlords.  First time buyers have been able to access 95% LTV mortgages since 2010, meaning even today, a first-time buyer could purchase a 2 bed terraced in Canterbury for around £200,000 and only need to find £10,000 deposit.  Yes, a lot of money, but first time buyers need to decide what is important to them.  Either save up for a couple of years to save the deposit and go without two annual foreign holidays, the full Satellite or Cable TV package with Sports and Movies costing three figures a month, the latest mobile phone and out socialising ... or not as the case maybe?
I think we as a Country have changed ... renting is returning to be the norm.  So my opinion is, landlords have it tough.  Let’s not blame them for the ‘perceived’ woes of the nation ... because to be frank … we haven’t always been a country of homeowners.  Roll the clock back to 1964, and nationally, 30% of people rented their home from a private landlord – today – its only 15.3% nationally.

If you are an existing landlord or someone thinking of become a first-time landlord looking for advice and opinion and what (or what not to buy in Canterbury) then please do get in touch.
Posted by The Canterbury Property Blog at 16:09