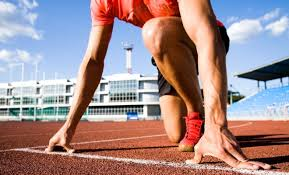 Even with the pending General Election, property values in Canterbury are still 1.27% higher than they were 3 months ago, the diversion and ambiguity of an election typically makes house sellers who need to sell, price their property more realistically (although this only lasts a couple of months). Looking specifically at it from a Canterbury landlord’s point of view, the Canterbury properties favoured by investors are in short supply in many parts of the city because of a number of factors. One of the factors has been that we have seen the number of first time buyers coming to buy their first home increase over the last 12 months in Canterbury.  Another factor has been the fact that the banks have been pushing ‘let to buy’ (yes ‘let to buy’ is different to ’buy to let’) to homeowners (more of ‘let to buy’ in an up and coming article). Next, because of the banks, who are chasing low risk landlords with high deposits with very low mortgage rates - and the low risk landlords with high deposits tend to be attracted to the safer modern two and three bed town houses and semis in Canterbury.
As I mentioned a few weeks back, the pension rules are changing which means buy to let landlords can use some, or all, of their pension pot to buy a property.  It shouldn’t be forgotten that there are tax implications taking more than a quarter of your pension pot out (see the article from a couple of weeks ago), so whilst many pension pots may not be able fund a suitably big enough tax free lump sum to buy the property outright, for most it will provide enough for the 25% deposit (required by most BTL mortgage providers). It shouldn’t be forgotten landlords that the interest paid on the mortgage is tax deductible against the rent, thus lowering your income tax paid.
In the last 12 months, I have noticed a particular uplift in interest from ‘50 something’ Canterbury people wanting to become landlords for the first time. In Canterbury, the highest returns for the lowest investment are at the lower end of the market e.g. the classic apartment . Unfortunately apartments , with one  bedroom are coming to the market in smaller numbers than the larger four bed’s  in  top end sectors of the Canterbury property market. When looking at the actual numbers, in the latter part of the Summer of 2014 in Canterbury, in one month alone 64 one bed properties were on the market in Canterbury. However, in January this year, a notoriously excellent bumper month for properties coming on to the market, there were only 52 one bed properties on the market in Canterbury to choose from. Today, that figure stands at only 43 ..whilst the number of four and five beds has increased significantly ...  interesting don’t you think?
At that lower end of the property market in Canterbury, (i.e. where first time buyers and landlord investors compete with each other to buy those smaller properties), I believe throughout 2015, there will be a slow and steady tipping of the scales between supply and demand. In fact, from what I am seeing and hearing, early anecdotal evidence has suggested over the last few months (although we will need to look at figures later in the Summer, once we have the data from The Land Registry), we are beginning to see a polarised Canterbury property market, where we have high demand but low supply at the bottom end of the property market, yet high supply but lower demand at the top of market .. and that can only mean one thing ... prices will go up quicker on the smaller properties than the larger ones in Canterbury, thus narrowing the gap for people looking to move up market!
Posted by The Canterbury Property Blog at 09:21