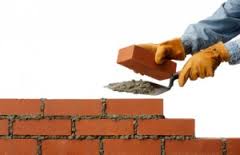 The Land Registry have just released their latest set of figures for the Canterbury Property market. It makes interesting reading, as average property values in Canterbury rose by 0.4% in June. This leaves average property values 8.3% higher than 12 months ago, meaning the annual rate of growth in the City fell to its lowest level since June 2014. When we compare Canterbury against the regional picture, South East property values rose by 0.4%, leaving them 8.4% higher than a year ago.
Obviously this is a far cry from the price rises we were experiencing in Canterbury throughout 2014. At one point (November 2014 to be exact) property values were rising by 11% a year. All the same, even with the tempering of the Canterbury property values in 2015, property values are still higher. This is good news for local homeowners who had been affected by the downturn after 2007 and still find themselves in negative equity.
However, the thing that concerns me is that the average number of properties changing hands (i.e. selling) has dropped substantially over the last 12 months in the City. In April 2014, 75 properties sold in Canterbury but in April 2015, that figure dropped to 50.  I have been in the Canterbury property market for quite a while now and the one thing I have noticed over the last few years has been the subtle change in the traditional seasonality of the Canterbury property market. It has been particularly noticeable this year in that the normal post Easter flood of properties coming onto the market was not seen. This has made an imbalance between supply and demand, with less houses coming onto the market there is simply not as much choice of properties to buy in Canterbury and with the population of Canterbury ever increasing, this will generally strengthen house price growth for the foreseeable future.
So what does all this mean for Canterbury landlords or those considering dipping their toe into the buy to let market for the first time? For many people, buy to let looks a good investment, providing landlords with a decent income at a time of low interest rates and stock market unpredictability.
However, if you are thinking of investing in bricks and mortar in Canterbury, it is important to do things correctly. As an investment to provide you with income, for those with enough savings to raise a big deposit, buy to let looks particularly good, especially compared to low savings rates and stock market yo-yo’s. I must also remind readers, landlords have two opportunities to make money from property, not only is there the rent (income), but with the property market bouncing back over the last few years, property value increases has spurred on more investors to buy property in the hope of its value continuing to rise.
Savvy landlords with decent deposits can fix their mortgages at just over 3% for five years, making many deals stack up. Nevertheless, low rates cannot stay low forever, because one day they must rise and you need to know your property can stand that test. I saw some Canterbury landlords struggling in the mid noughties, when interest rates rose from 3.5% in July 2003 to 5.75% in July 2007. That might not sound a lot, but that was the difference of making a £100 a month profit in 2003 to having to make up a shortfall in the mortgage payments of £100 per month in 2007.
Its true many landlords were thrown a life raft when the base rate dropped to 0.5% in March 2009. Whilst interest rates have remained there since, mark my words, they will rise again in the future. However, even with the potential for costs to rise, demand for decent rental properties remains high as there are ever more tenants in the market, driving up demand and thus rents. The British love of bricks and mortar plus improving mortgage deals also add up to fuel the buoyant Canterbury property market.
If you are planning on investing in the Canterbury property market, or just want to know more, things to consider for a successful buy to let investment, one source of information is the Canterbury Property Blog www.canterburypropertyblog.com .
Posted by The Canterbury Property Blog at 09:32