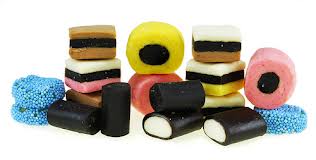 Flats and Apartments in 2000 were selling on average for £78,917 and so far in 2015, they have been selling on average in Canterbury for £185,024 a rise of 134%Moving forward, what should new and existing buy to let landlords do with this information?  Well, the questions I seem to be asked on an almost daily basis by landlords are:


“Should I sell my property in Canterbury?”


“Is the time right to buy another buy to let property in Canterbury and if not Canterbury, where?”


“Are there any property bargains out there in Canterbury to be had?”


Many other Canterbury landlords, who are with us and other  Canterbury letting agents, like to pop in for a coffee or pick  up the phone or email us to  discuss the Canterbury property market, how Canterbury compares with its closest rivals (Maidstone, Ashford, and Royal Tunbridge Wells), and hopefully answer the three questions above.  I don’t bite, I don’t do hard sell, I will just give you my honest and straight talking opinion and look forward to hearing from you.
Posted by The Canterbury Property Blog at 09:29