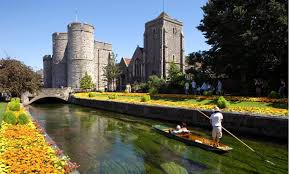 Many people think the British obsession with owning your own home started with Thatcher in the early 1980’s, when she allowed council tenants to buy their council houses under the right to buy scheme. However, the growth actually started just after the Second World War. Looking at the country as a whole in 1951 30% of residential property was owner occupied then, every ten years that rose incrementally to 39% by 1961; 51% by 1971; 58% by 1981 and 68.07% by 2001 but after that, it dropped to 63.4% by 2011 and continues to drop today.
Young adults tend to start to think about settling down and moving out of the family home in their early-mid twenties.  After a couple of years, they will have a choice of either buying their first house (albeit with a mortgage) or decide to privately rent for the long term (because the Council House waiting list is measured in decades at the moment!). The ratio of people owning a house with a mortgage verses privately renting is an extremely important guide to what people are doing about their housing needs and what their attitude to renting vs buying is.  With that in mind, within the next ten years, I am predicting there will be more people renting privately in Canterbury than own a property with a mortgage and that the British love affair of property ownership will fade as the decades roll on.
This is a really important change in the way we live, as I explained to a local Canterbury landlord the other day, knowing when and where the demand of tenants is going to come from in the coming decade is just as important as knowing the supply side of the buy to let equation, in relation to the number of properties built in the city; Canterbury property prices and Canterbury rents.
In the Canterbury City Council area as a whole there are 10,665 households that are privately rented via a landlord or letting agency verses 19,029 households that are owned with a mortgage, so my prediction appears to be outrageous. However, when we look deeper (as the devil is always in the detail), 8,553 of those 19,029 households are 35 to 49 year olds and 6,408 are households of 50 to 64 year olds. I would expect all the 50+ years to be paying their mortgage off as they enter retirement as I would with some of the people in their mid/late 40’s.
Meanwhile, at the other end, in the 25 to 34 age range (the age most people bought their first home in the 1970’s/80’s/90’s) only 2,238 of the 5,122 households occupied by those 25 to 34 year olds are owner occupiers with mortgages, because 2,884 households are privately rented. This means only 43.6% of 25 to 34 year olds have bought their house (with a mortgage). Twenty years ago, that would have a much higher percentage of homeowners (between 75% to 85%).
It can be seen that as the older generation pay their mortgages off as they start to get to retirement and the younger generation aren’t jumping on the property ladder like they were 20 or 30 years ago, the private rental sector will take up the slack as more and more people will want a roof over their head, but won’t buy one but rent one. With Local Authorities and Housing Associations not building houses anywhere near like the number of houses they were building in the 1950’s, 60’ and 70’s, the private landlord appears to have good demand for their rental properties for many decades to come.
This will create a polarisation in the housing market between those, mostly older, households who own outright and those, mostly younger, households who rent. Our housing market is very much turning into the European model. However, all is not lost, the younger generation will inherit their parents properties, which in turn will enable them to buy, albeit later in life.
If you are a landlord or thinking of become a landlord, and would like to read more articles like this and other information on the Canterbury Property Market, then please visit the Canterbury Property Blog  www.canterburypropertyblog.com
Posted by The Canterbury Property Blog at 08:38