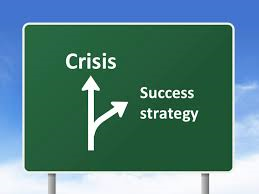 I don’t know about you, but if you watch Sky News every waking hour or read the newspapers, it always seems we as a Country, Europe or the World seem to lurch from one crisis to another. Another week, another crisis averted. It was only last summer the soothsayers were predicting the end of the world over the supposed house price bubble that many believed was developing in the South. Property prices were rising at 20%+ per annum in London, only for things to ease as the property market in the Capital showed a controlled slowdown and cooling in activity with price growth easing to a more realistic 8% to 9% per annum. Interestingly, there was no panic when some modest price drops were seen in some of London’s highest priced suburbs.
However, last month’s crisis is the buy to let boom and as George Osborne always likes to be topical, in the July emergency budget, he declared that he will start to scale back, from 2017, the tax relief that those high income tax rate landlords with a mortgage have benefited from. The Daily Mail ran headlines stating it was the end of the private landlord; predicting many landlords will give up on buy to let altogether and we will be inundated with rental properties up for sale as landlords feel squeezed from the market.
Even Mr Carney, the Governor of the Bank of England, recently cautioned that the buy to let property market could destabilise the whole UK property market. He was concerned landlords who bought with high loan to value mortgages could be spooked if there is a property crash, they would panic because of negative equity, sell cheaply, which would worsen house price falls.
End of the world then?   .. this week, yes probably, but next week .. that’s another story!  Before we all go and live like a hermit in the Scottish highlands, let me explain to you my perspective on the whole subject. As I mentioned a few weeks ago, two thirds of buy to let properties bought in the last eight years have been bought mortgage free – so they won’t be affected by the Chancellors’ tax changes.  Also, something I feel is often overlooked but very important, is the fact that landlords historically have only been able to normally borrow up to 75% of the value of the rental property.  In the last property crash of 2008, property values dropped by the not so insignificant figure of 17.93% in Canterbury, but even then, when we had the credit crunch and the world’s banking sector was on the brink, no landlord would have been in negative equity in Canterbury.
I believe we have a case of ‘bad news selling newspapers’ and I believe that buy to let, and the property market as a whole, will carry on relatively intact. It’s true reducing tax relief will hit landlords who pay the higher rate of income tax and this may slightly diminish buy to let as an investment vehicle, but I doubt people will sell. Many landlords have been lazy with their investments, buying with their heart, not their head. You would never dream of investing in the stock market without doing your homework and talking to people in the know. If you want to make money in the Canterbury property market as a buy to let landlord, it’s all about having the right property and as you grow, the right portfolio mix to offer a balanced investment that will give you both yield and capital growth.
The Canterbury buy to let market still offers good investment opportunities to new and old alike. Those who have bought in the last twelve to eighteen months have reaped the benefit from buying in Canterbury, because the city offered a combination of reasonable house prices with subsequently increasing rents.  Property values have risen by 13.18% in the last eighteen months in Canterbury, whilst looking at rents, in Q2 2015, average rental values for new tenancies were 11% higher than Q2 2014, which is particularly interesting as they only rose by 4.5% between Q2 2013 and Q2 2014.
I cannot stress enough the importance of doing your homework. One source of information and advice is the Canterbury Property Blog where I have similar articles to this about the Canterbury property market and what I consider to be the best buy to let deals around at anyone time in the City, irrespective of which agent it is on the market with. If you haven’t visited and you are interested in the local property market in Canterbury.......you are missing out! ..
WWW.CANTERBURYPROPERTYBLOG.COM
Posted by The Canterbury Property Blog at 09:46