Canterbury Landlords count the cost of a Tory Election win 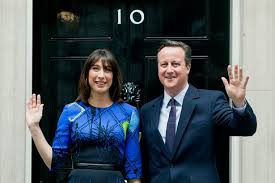 Can you remember 10.05pm on Thursday, 7th May 2015 ... with the shock news that BBC Exit Polls suggested the Conservatives would be returned with majority? The middle classes in Tyler Hill and Fordwich exhaled a huge sigh of relief, as Canterbury landlords, faced with rent controls from Red Ed and the Labour Party, now had something to cheer about as the Tory’s were always considered to be a political party that accepted the importance of the rental market, supported its development while properly targeting the lawbreaker landlords renting out below standard rental accommodation.
Since May though, George Osborne announced future rises in stamp duty for buy to let landlords and a change in the interest relief on buy to let mortgages, some people have started to question that loyalty. However, things could have been a lot worse for Canterbury landlords as previous ideas of making landlord’s pay more tax was the idea (which was seriously considered) of increasing Capital Gains Tax rates to the landlord’s own income tax levels. If Landlords would have had to pay capital gains tax of 40% to 45% on any uplift in value, I can tell you here and now, that would have made investing in property a non-starter for almost everyone.
However, I will admit the loss of mortgage higher rate tax relief will make a number of properties not stack up financially. The new rules are likely to slow demand in the Canterbury housing market, which is in fact good news for the other landlords, as there is less competition from 'amateur' landlords offering too much.
Just a thought, but making Canterbury landlords think twice and
run their numbers more cautiously is not such a bad thing.
So looking at the numbers, the December figures have just been released and they show a growth of property values in Canterbury of 0.5% over the month of November. That figure doesn’t surprise me due to the time of year. It’s quite dangerous to look at one month in isolation, so looking at a more medium term view, over the last 12 months, property values in Canterbury have risen by 7.7%, not bad when you consider inflation is running at -0.1%.
However, regular readers of the Canterbury Property Blog know my passion for looking deeper into the stats. The really interesting information is the value growth, but what types of property are actually selling in Canterbury?  Looking at all the properties sold, as recorded by the Land Registry, within 2 miles of the centre of Canterbury in September 2015 (this data always runs a couple of months behind the house price data) compared to September 2007 (a couple of months before the credit crunch started to bite and the subsequent property crash).