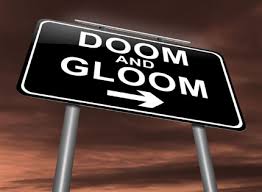 One of my landlords from Rough Common rang me today, after he had spoken to a friend of his. Over the weekend, they were discussing the Canterbury property market and neither of them could make their mind up if it was time to either sell or buy property. If you read the newspapers and the landlord forums on the internet, there is a good slice of doom and gloom, especially with changes in the taxation towards landlords, the new legislation on checking tenants and the general uncertainty in the world economic situation.

I would admit, there are certain landlords in Canterbury who have over exposed themselves in the last few years with high percentage loan to value mortgages. Those mortgages, with their current (yet artificially low) interest rates, will start to suffer, as their modest monthly positive cash flow/profit, i.e. income (rent) less costs (mortgage, fees, tax); will become negative when the tax and mortgage rates rise throughout 2017 and beyond.

It appears to me these landlords seem to have treated the Canterbury Buy to Let market as a sure bet and have not approached this as a business and, as a result, they will suffer as they thought "Buy a house - rent it out so it covers the mortgage and make a few quid on top".  These are the people who will be thinking twice. I see opportunity everywhere and won't be stopping, I’m here to stay. It’s going to be an exciting new year.

Gone are the days when you could buy any old house in Canterbury and it would make money.  Yes, in the past, anything in Canterbury that had four walls and a roof would make you money because since WW2, property prices doubled every seven years … it was like printing money – but not anymore.

The reality is, since around 2004/2005 we haven’t seen anything like the capital growth in property we have seen in the past and it’s not predicted to grow at the rates it has previously done either. So it is high time anyone considering investing in property stopped believing the hype and did some serious research using independent investment expertise. You can still make money by buying the right Canterbury property at the right price and finding the right tenant. However, remember, investing in Canterbury property is not only about capital growth, but also about the yield (the return from the rent). It’s also about having a balanced property portfolio that will match what you want from your investment – and what is a ‘balanced property portfolio’? Well we discuss such matters on the Canterbury Property Blog ... if you haven’t been, then it might be worth a few minutes of your time?  www.canterburypropertyblog.com
Posted by The Canterbury Property Blog at 11:48