What would Brexit mean to the 9,200 Canterbury Property owners? 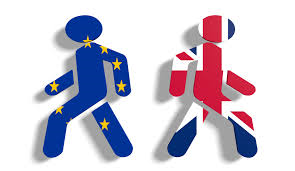 I don’t know about you, but I find if you read the Daily Mail, there are only three topics that make the blood boil of ‘Middle England’. Bureaucracy from Brussels, House Prices and the late Princess of Wales. Ignoring the late Princess if I can for this article, but if we as a country were to unshackle ourselves from the chains of Brussels (the first topic), could we inadvertently effect the second topic and make UK house values drop?
If you read all the newspapers, the Brexit debate seems to be focused solely on central London. Many commentators have said Brexit would mean central London would have a lower standing in the world, meaning less people would be employed in Central London, with the implication of lower wages, fewer jobs etc., in Central London ... but we are in Canterbury, not Marylebone, Mayfair or any part of Zone 1 London.
Now on the run up to the vote on the 23rd of June, I predict the ‘in’ camp will start to scare homeowners with forecasts of negative equity, and the ‘out’ camp will appeal to the 20 somethings, who have been priced out of the property market with the prospect of a new era of inexpensive housing, should the fears of central London estate agents and developers, who believe the bottom will fall out of the market if we do leave, become real. The only reason the Mayfair’s, Knightsbridge’s, and Kensington’s of central London are attractive to foreign buyers are political and economic steadiness, an open and honest legal system and a lively cultural life. None of that is threatened by Brexit.
... But again, we are in Canterbury and central London is 61 miles away. We are hometown to the Kent County Cricket Club, Canterbury Cathedral and Katie Derham, and whilst the central London property market exploded after 2009, that explosion really and honestly didn’t affect the Canterbury property market. So, putting central London aside, what would an ‘in’ or ‘out’ vote really mean for the 9,200 property owners of Canterbury?
Initially, over the coming months, on the run up to referendum, I believe it will be like the run up to last year’s General Election. With the short-term uncertainty in the country, quite often, big decisions are put on ice and people are less likely to make big money purchases i.e. buy a property. However, in the four months up to last year’s Election, property values in Canterbury increased by 1.65%, not bad for a country that thought it would get a hung parliament! So that argument doesn’t hold much weight with me.
Post vote, should the UK opt to leave Brussels, there would be a much more noteworthy impact. I believe that a vote to stay in the EU would see the Canterbury property market return to a status quo very quickly, but the contrasting result could lead to some changes. The principal menace to the Canterbury (and UK) housing market could be variation (in an upwards direction) in interest rates as a result of a Brexit, which could theoretically see the cost of mortgages grow swiftly, pricing many out of the market … but then two thirds of landlords buy without a mortgage, so that won’t affect them. Also, according to the Bank of England, 80.33% of all new mortgages taken out in 2015 were fixed rate. Looking at all mortgages as a whole, according to the Bank of England, 44% of all UK mortgagees have a fixed rate mortgage, but 56% don’t, so if you aren’t on a fixed rate ... talk to your mortgage broker now, because they can only go in one direction!
So in reality, if I really knew what will happen, I wouldn’t be a letting / estate agent in Canterbury, but a City Whiz Kid in London earning millions. However, I suspect whatever decision the electorate of Canterbury and the country as a whole makes, over the long term it won’t have a major effect on the Canterbury property market. We have seen off ‘the end of the world’ credit crunch of 2008/9 and subsequent property crash, the 1988 Nigel Lawson induced post dual-MIRAS property crash, the 1979 Winter of Discontent property crash, the 1974 oil crisis that stimulated another property crash ... hell, we can even go back nearly a century with the 1926 post General Strike slump in property prices...
Today, property prices are 246.59% higher than 21 years ago in Canterbury and are 9% higher than 12 months ago. So, make your own decision on 23rd of June 2016 safe in knowledge that whatever the result, there might be some short term volatility in the Canterbury property market, but in the long term (and property investment is a long term strategy) there aren’t enough houses in Canterbury to live in either to buy or rent … and until the Government allow more properties to be built – the Canterbury property market, will be just fine ... even if it has a little blip in the summer, there could be some property bargains on the run up to Christmas to be had!
For more advice and opinion on the Canterbury property market, even where those buy to let bargains could be found now ... visit the Canterbury Property Blog www.canterburypropertyblog.com
Posted by The Canterbury Property Blog at 13:53