55% of Canterbury people Rent - Is that Healthy? 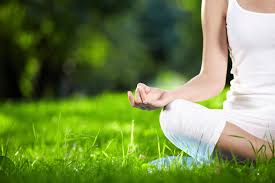 Renting used to be a dirty word in the 60’s and 70’s. You either lived in a ‘Rigsby - Rising Damp’ style bedsit with wood chip on the wall and a coin operated electric meter (that buzzed in the night) or you lived in a council house. In the latter part of the 20th Century, the British were persuaded that rent payments were ‘wasted money’. However, owning often makes less financial sense than renting and as the rate of homeownership is starting to drop substantially, as we roll the clock forward to today, there is no stigma at all to renting .. everyone is doing it. In fact, of the 47,941 residents of Canterbury, 26,463 of you rent your house from either the local authority/social provider (i.e. council house or housing association) or private landlords – meaning 55.19% of Canterbury people are tenants.

The idea of homeownership is deeply embedded in the British soul, in fact 20,317 Canterbury people live in an owner occupied property (or 42.37%). Housing is at the heart of Government policy, as George Osborne has promised 200,000 new properties a year so first time buyers can buy their first home whilst recently changing the tax laws for buy to let landlords. To get votes, Thatcher (and everyone since) ran election campaigns promising everybody their own home, and as a country, we seem to equate homeownership the goal of British life.

So as more and more people are renting nowadays, are we turning to a more European way of living? Well, I believe, as a country, we are. In fact, homeownership could be affecting your health! The UK, according to Bloomberg, is only the 21st healthiest country in the world. Germany is at No.10 and Switzerland at No.4 and homeownership is at 52.5% and 44% respectively in those countries (in the UK it is 64.8%).

… whilst ‘private rented tenants’ in Canterbury, were the healthiest, as 88.76% of them described themselves in ‘very good’ or ‘good’ health and only 2.99% were in ‘bad’ or ‘very bad’ health

I am not suggesting that low homeownership rates in Switzerland and Germany are directly linked to health, nor, do I expect Brits to all go to Berlin, Interlaken or Düsseldorf and realise how happy people are when they don't need to worry about all the stresses which accompany homeownership. The numbers for Canterbury do go some way to back up the argument (and they are the same across the whole of the UK). Nonetheless I do think that substantially all of the upside to homeownership in recent years has been a function of monumental rising house prices. Now that's come to an end, it's hard to see why anybody would want to buy?