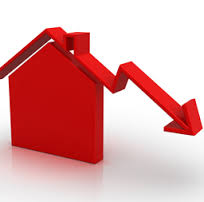 Even though the housing market is in an upbeat state in many parts of the UK, getting on the property ladder is still challenging for many and regarded as unattainable by some.  However, that goal has become even worse recently in Canterbury as the number of houses available to buy is at an 8 year all time low.
Back in Summer 2008, there were over 560 properties for sale in Canterbury and since then this has steadily declined year on year, so now there are only 284 for sale in the city.  This continuing diminishing supply of housing has been happening over those years for a while and there simply aren’t enough properties in Canterbury to match demand.
According to a recent report by the National Association of Estate Agents, that said, “There are now 11 house hunters fighting after every available house which isn’t sustainable.”   What that means is Canterbury youngsters, who are looking to buy their first home, are finding themselves being squeezed out by the competition.  However, in the meantime, nobody wants to live with parents until they are in their 30’s, so that in turn creates demand for more rental properties, which means landlords have a greater demand for more rental properties so are buying more, resulting in even less smaller properties for the youngsters to buy, it’s a vicious circle.
Talking to fellow agents, mortgage arrangers, surveyors and solicitors in the City, all of whom have extensive dealings in the Canterbury property market like myself, most of us agree the movement in the Canterbury market is taking place in the middle to upper market, higher up the property ladder and it’s second and third steppers pushing through the properties that are being bought and sold.
That has meant as people tend to move less in the middle to upper market, the number of the properties actually selling has drastically reduced over the last couple of years.
When we look at the individual areas of the city, it paints an interesting picture.
So what does this all mean for homeowners and landlords alike in Canterbury?  Demand for Canterbury property is good, especially at the lower end of the market.  However, with fewer properties coming up for sale, it means property prices are proving reasonably stable too.
You see I believe a more stable, consistent Canterbury property market, with less people seeing property as an easy way to make a quick buck (as many did in the early 2000’s when prices were rising at nearly 20% a year so people were buying and selling every other minute), but a property market that has a steady growth of property values in Canterbury, year on year, without the massive peaks and troughs we saw in the late 1980’s and mid/late 2000’s might just be the thing that the Canterbury property market needs in the long term.
For more insights, comments and facts on the Canterbury Property market please visit the Canterbury Property Blog www.canterburypropertyblog.com where you will find many similar articles to this.
Posted by The Canterbury Property Blog at 12:40