How EU Migration has changed the Canterbury Property Market 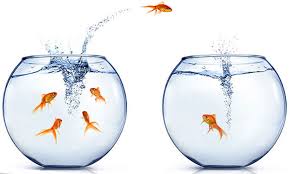 The argument of migration and what it does, or doesn’t do, for the country’s economic wellbeing is something that has been hotly contested over the last few years. In my article today, I want to talk about what it has done for the Canterbury Property market.
Before we look at Canterbury though, let us look at some interesting figures for the country as a whole. Between 2001 and 2011, 971,144 EU citizens came to the UK to live and of those, 171,164 of them (17.68%) have bought their own home. It might surprise people that only 5.07% of EU migrants managed to secure a council house. However, 676,091 (69.62%) of them went into the private rental sector.  This increase in population from the EU has, no doubt, added great stress to the UK housing market.
Looking at the figures, the housing market as a whole is undoubtedly affected by migration but it has been the private rented housing sector, especially in those areas where migrants come together, that is affected the most.  Indeed, I have seen that many EU migrants often compete for such housing not with UK tenants but with other EU migrants. In 2001, 3.68 million rented a property from a landlord in the UK.  Ten years later in 2011, whilst EU migration added an additional 676,091 people renting a property from a landlord, there were actually an additional 4.14 million people who became tenants and were not EU migrants, but predominately British!
As a landlord, it is really important to gauge the potential demand for your rental property, especially if you are a landlord who buys property in areas popular with the Eastern European EU migrants.  To gauge the level of EU migration (and thus demand), one of the best ways to calculate the growth of migrants is to calculate the number of people who ask for a National Insurance number (which EU members are able to obtain).
In Canterbury, migration has risen over the last few years. For example, in 2007 there were 1,389 migrant national Insurance cards (NIC) issued and the year after in 2008, 1,510 NIC cards were issued. However, in 2014, this had increased to 2,126 NIC’s. However, if the pattern of other migrations since WW2 continues, over time there will be an increasing demand for owner occupied property, which may affect the market in certain areas of high migrant concentration. On the other hand, over time some households move into the larger housing market, reducing concentrations and pressures.
In essence, migration has affected the Canterbury property market; it couldn’t fail to because of the additional 14,868 working age migrants that have moved into the Canterbury area since 2005. However, it has not been the main influence on the market. Property values in Canterbury today are 22% higher than they were in 2005. According to the Office of National Statistics, rents for tenants in the South East have only grown on average by 0.95% a year since 2005 .... I would say if it wasn’t for the migrants, we would be in a far worse position when it came to the Canterbury property market. This was backed up by the then Home Secretary Theresa May back in 2012 - more than a third of all new housing demand in Britain is caused by inward migration and there is evidence that without the demand caused by such immigration, house prices would be 10% lower over a 20 year period.
If you want to know more about the Canterbury property market, then for more articles like this, please visit the Canterbury Property Blog www.canterburypropertyblog.com .
Posted by The Canterbury Property Blog at 09:16