Canterbury Property Market – should you be buying? 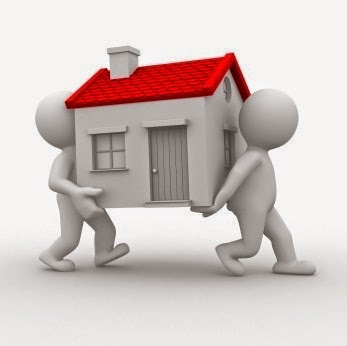 A number of landlords, first time buyers and investors have approached me recently, asking about the Canterbury property market. With all these headlines about property values in the UK, should we be worried we are about to have a price crash or price explosion? We are at the early stages but the economy is now actually looking a lot healthier and there are signs we are seeing an actual recovery after several false starts.

I am of the opinion that over the last few years, whilst mortgages have been a little more difficult to obtain than the last decade of the 2000’s, this lack of mortgages has produced some pent up demand for property. Now we appear to be on the other side of the financial crisis , and the banks are more willing to lend, this is why sales, prices and first-time buyer numbers have improved so rapidly. It has been like opening a shaken can of fizzy pop. You get the initial fizz of activity, and then it flattens. What we're seeing is a relatively normal market correction, not a quick transition from a recession to a boom or even boom to recession.
Property values in Canterbury have risen, on average by only 4.3 % in the last 12 months. When I look at Kent as a whole, prices have risen by 10.7% and nationally by around 8.7%. Compared to the boom years of 2000 to 2004, when property values increased by 20% in 2000, 10% in 2001 and 16.2% in 2002, 23.5% in 2003 and finally 11.6% in 2004 in Canterbury, I cannot see why some are concerned about an unsustainable price boom.
On the other hand, speaking to others in Canterbury, the issue isn’t potential massive drops in property values, but a lack realistically priced properties coming onto the market for sale, a lack of supply. In the first half of 2014 on average 156 properties came onto  the market for sale in Canterbury each month, whilst in the last three months of 2014 on the run up to Christmas, even though you would expect a slight drop, only 109 properties on average came on to the market each month. This lack of supply will keep Canterbury property prices relatively stable.
So, now is a good time to buy, provided you accept prices may fall again in a few years. It depends on how long you plan to own the property (whether as a home or investment), whether it personally suits you and most importantly whether you can afford it. Canterbury first time buyers preparing to take the plunge should bear these factors in mind. The biggest issue must be that buyers ensure they can take the hit of future interest rate rises and therefore, I ask the first time buyers of Canterbury to make sure you'd be happy in your new home, because you could be stuck there in five years' time.
Landlords tend to buy for the long term, so these short term movements don’t tend to affect them as much. The lack of supply in Canterbury of new properties coming onto the market indicates people wanting to buy have to move quickly, and don’t have the luxury of a few weeks to decide to view the property. However, my findings show that first time buyers and landlords in Canterbury aren’t prepared to pay over the odds for a property to secure it. Maybe, just maybe, the memory of the 2008 price crash has given a dose of realism to the optimistic Canterbury property market?

Posted by The Canterbury Property Blog at 16:00