What will this year's property trends be in Canterbury? 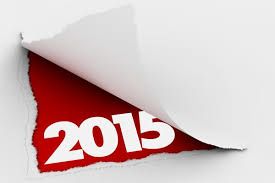 I had an interesting chat with a landlord who uses another letting agent in the town, after he popped into our offices for a coffee whilst his wife was doing some last minute Christmas shopping. We got taking about the Canterbury market and thought other landlords might be interested.

You see, property values didn’t stop dropping in Canterbury until June 2012, so after a strong run over the last 30 months, the ever upward drive of house price rises has started to turn with increases now at an almost standstill for the first time since the start of 2013. Now it could be said this easing of the housing market in Canterbury can be attributed partly to the time of year (last year property values in Canterbury dropped by 0.1% in November but recovered by 1% in February 2014), it is obvious that estate agents in Canterbury are wary about the direction of the market as a result of the not as strong demand and fewer house sales.

With the uncertainty of a possible interest rate rise, new mortgage rules, a general election on the horizon and recent warnings of a house price bubble. Although the main indicators suggest that buyers will start to gain the upper hand, especially with the new stamp duty rules announced recently by George Osborne. However, there are many homeowners who don’t need to sell and won’t bother unless it’s economically beneficial to do so, but most homeowners are homebuyers, so what they lose with one they gain with another.

This is all good news for landlords looking to buy rental property with the changes in stamp duty and later in 2015, the new rules regarding pensions, where you will be able to take money out of your pension pot to invest in property. However, at the same time, I would say don’t just buy any old property in Canterbury. First time landlords need to be cautious. The doubling of house prices every seven to ten years which has taken place since WW2 doesn’t seem to have been seen since the mid 2000’s. The property market is shifting with more properties being built and restrictions put on mortgage lending, the likelihood of the property market increasing at the same levels as the past are questionable. But investing in property is also about receiving the rent.

On the one hand going for high yielding Canterbury property to rent out seems an obvious choice, but high yielding property often doesn’t go up in value that well and in some circumstances doesn’t keep up with inflation, meaning in real terms you have a depreciating asset (I spoke about this a few months ago in ‘The Canterbury Property Blog’ when comparing the Thanington Estate to South Canterbury, where property values in Thanington Estate had only risen by 41.3% in last 13 years yet the property values in the South Canterbury housing market had risen by 84.3%!).
So surely you should pick a property that has great capital growth then, because of the obvious potential to generate long term capital profit, especially with inflation eating away at our savings. However, rental yields on high capital growth properties (in areas such as Chestfield in Whitstable, the Rough Common area and the Old and New Dover Roads) tend to be low meaning if you are taking a high percentage mortgage, the rent doesn’t pay the mortgage payments.
These are the sort decisions as a Canterbury landlord investor you need to take.

Posted by The Canterbury Property Blog at 09:11